We are creating the meat of the future 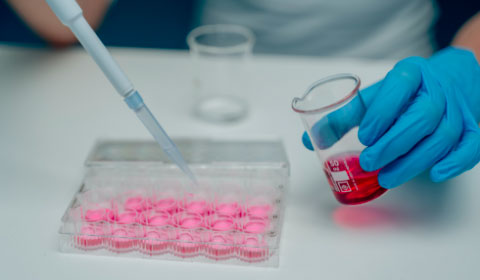 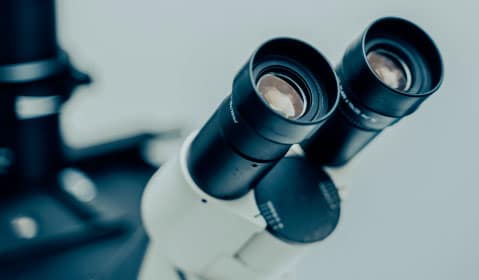 Bene Meat Technologies a.s. is a Czech start-up focused on the research and development of the technology for cultivated meat on an industrial scale. We have an international team of both young and experienced scientists; we cooperate closely with renowned institutions and are open to extensive contact and collaboration with all supporters.

Conventional farming of animals brings along some negative externalities such as the production of greenhouse gases, excessive water consumption, using up massive areas of agricultural land and its degradation.

Cultivated meat production is compact and much more efficient than conventional farming. The proteins necessary to produce 1 kilogram of cultured meat can be cultivated on an area multiple times smaller than what animals need to convert plants into protein; and without the negative externalities.

Conventional farming of animals brings about some health risks. Animals are fed antibiotics, hormones, antiparasitics and GMO crops. It is believed that these factors contribute to civilization diseases.

Cultivation in vitro is a process where every task in the production is identified and controlled and is impossible to change. Health safety is the condition for approval of such industrial production. You have full control over your diet and you know what you’re eating.

Every ninth inhabitant of this planet suffers from malnutrition. Animal protein is vital to the healthy development of human organism and it is difficult to simply substitute that with plant-based diet.

Production of meat in vitro will end the hardship of those who cannot afford a fully-balanced nutritious diet.

From an ethical point of view, breeding of animals is problematic not only because of the industrial slaughter, but also because of the living conditions during their farming that is very much “high-value, low-maintenance” oriented.

Meat made from animal cells cultivated in vitro will enable putting an end to the unnecessary suffering of animals in conventional farms. 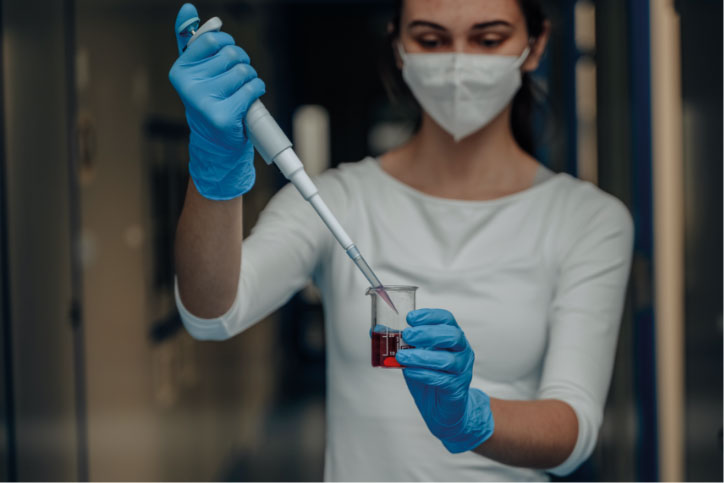 It is possible to alternatively substitute proteins contained in meat with a well-structured and well-balanced diet consisting of sufficient amounts of plant protein. However, for a large part of the population, meat will probably always stay the choice number one, that is why we decided to embark on this journey. The journey of cultivated meat production, which should decrease the suffering of animals.

At BMT we work on changing the future of meat – meat without the need of killing animals or destroying the planet; meat that is healthy and accessible to all for an acceptable cost. We are developing the technology for cultivated meat production without the use of animal components. Our starting project is beef and we plan to later add pork, chicken and other types.

Cultivated meat originates by a controlled proliferation of animal cells. It is made using the same techniques of tissue engineering that are traditionally used in humane regenerative medicine.

At BMT we aim high, and we plan to build up a Czech biotechnological center of an international significance which will place among the leaders in cultivated meat production technology. We do not believe that industrial killing of animals and the ecological demand of large-scale farming correspond to the ethical standards of modern society. That is why we decided for a vigorous change.

Q: Why is BMT starting with their research now and why not earlier?

A: Our research began in spring 2020, so technically speaking we are not starting now. And why not earlier? I suppose we were waiting for the coming together of important key factors such as know-how, vision and financial resources. There was probably no point in starting sooner than that because only in the past two years has human knowledge advanced enough that the technology of cultivated meat production is no longer sci-fi. Currently, the technology is at the stage comparable to the existence of first mainframe computers. They were awfully expensive, complex, couldn’t do much… Couple of decades later everyone uses their own pc for a decent price, whose output is higher than that of all computers in the 50’s combined. With mobile phones the process was considerably faster. In the case of cultivated meat, it is assumed that within the next 10 years most meat we will be eating will have come from bioreactors rather than from conventional farming.

Q: What is the main difference between BMT and other foreign competitors?

A: First – our team is truly young and motivated. This helps to minimize stereotypical thinking and promotes originality. Second – we function slightly differently than other research teams. There is no rigid structure or hierarchy. People work on topis they are interested in and feel passionate about, everyone is a boss if they are correct. The boss is not some one grey-haired experienced scientist telling everyone else what to do. And the fact of that our team involves people from different countries also opens doors to different approaches. And third – we move forward in parallel within all areas involved with cultivated meat technology, we are not trying to solve A and only than B, unlike other teams.

Q: Does cultivated meat have a future considering that it is still required to use FBS (fetal bovine serum) from the slaughterhouse. Are you certain that your research can work without FBS?

A: If we did not believe that we can achieve the cultivation without the use of animal products, we would never start it in the first place. The meaningfulness of cultivated meat is of course based on the fact that it will not involve animal products. We use FBS now mainly as a research tool for comparing the growth in our ‘’animal-free’’ media versus the natural environment. Or we use it to see if something can work that would not normally work inside an animal, but we might find use for it in production.

Q: How long before cultivated meat will reach an economically sensible production point?

A: Economically sensible production is one where there exist buyers. If the question is meant more like when will cultivated meat be sold for a price comparable to meat from conventional farms, then that depends on many factors. Whole new industry is being formed which will require a new supply chain infrastructure that is non-existent today. For example, medias and proteins used for cell cultivation are now made on a scale corresponding to laboratory experiments. In the case of industrial scale cultivated meat production a great deal more will be needed, and it is quite difficult to foresee how it will affect the price. We anticipate that the substitution of conventional meat for cultivated meat will happen within the horizon of 3 to 10 years.

Q: What is the problem with conventional meat?

A: We do not like how the animals are treated there like things and that we are not sure what we are eating. You can feed the animal anything, they will always survive somehow. Take for example the mad cow disease. Those cows were not fed any bio farmer’s hay but leftovers from their relatives. If it were not for the disease this would continue till today. Which consumer can say they know safely what the animal they are eating was fed?

Q: Instead of producing cultivated meat, wouldn’t it be better to concentrate on bio farming for now and hence replace the controversial conventional farming?

A: Nice idea, however not feasible. If today all beef was farmed on bio farms, the area they would need for feeding would correspond to the African continent, assuming Africa would be a one large standard meadow.

Q: Is it not ‘’globally’’ more perspective to concentrate on the production of so called plant meat, which is considerably cheaper and its production is less complicated from the tech point of view?

A: We are all here because hundreds of generations of our ancestors ate meat. It contains proteins necessary for our body. Even though you can replace these by a carefully chosen plant diet, it is not an easy task. Yes, a human being can survive solely on a plant diet, but it is a question of how it will affect their health and physical and mental abilities. Possibly, with time there will evolve a vegetarian version of Homo Sapiens, but we do not really believe that it will prosper better than Homo Sapiens omnivorous. We will not decide for people what they should eat, we just want to offer them an alternative. And let’s hope no one ever dictates people what to eat.

Q: So you’re saying that by controlled cell proliferation you can create something that will taste like roast beef, sirloin or top blade, etc.? Assuming that cultivated meat does not contain cells connected by strings of collagen which is what gives the tissue its flexibility and rigidity…

A: We are not saying anything like that. The muscle mass is made mostly of muscle cells, fat cells and fibroblasts. Also a complex extracellular matrix which happens to contain a number of different types of collagen (0.6 % in a tissue), veins, etc. To produce a cultivated meat structure analogical with animal meat is the challenge and one of the main tasks for all companies developing cultivated meat.

Q: Quality is next door from nutrition – will the nutritional value of cultivated meat be the same/higher than that from conventional meat?

A: From a nutritional point of view this will not be a meat replacement, as is the case for plant products, but rather a full-fledged alternative. A healthier one, because the process will be controllable and controlled. We don’t want to offer a meat replacement to people, we want to replace the animals, which are suffering and living in terrible conditions in order to produce meat.

.. and more than 60 others from the Czech Republic, Italy, Germany and Ukraine

If you have any questions, send us an email on

We will answer as soon as possible.